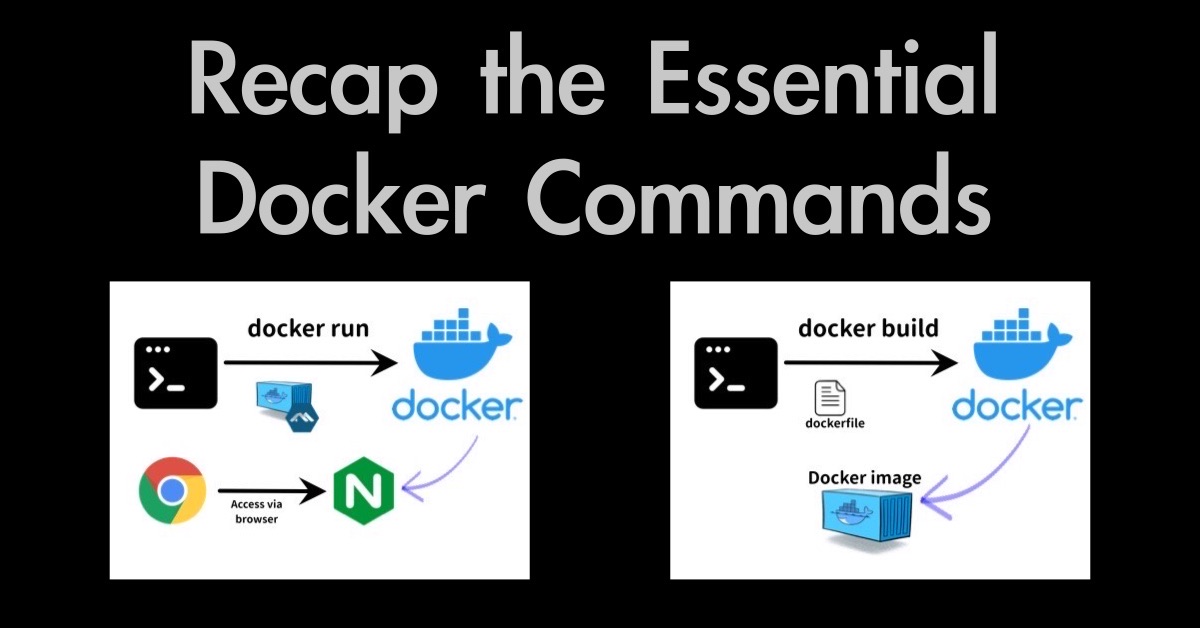 What will be covered in this article

The Commands covered in this article

To create the Docker image, we can utilize the below commands only.

The command docker build is a command that will create the “Docker image” based on the dockerfile which is located in the current directory.

The usage of this command is as follows.

There are a couple of options though, I would like to use the following only in this series of articles.

So, the docker build will be like this. Don’t forget to supply the “. (dot)” at the end of the command as an output PATH. The example is as follows.

This command creates the Docker image on the current directory with the name “my-image”.

As mentioned earlier, docker build requires the “dockerfile” to execute. The dockerfile defines the behavior that the docker will do during docker build. In a nutshell, Docker will build based on this dockerfile.

As well as docker command options, there are so many options about dockerfile. But I would like to focus on the below command only. Because we can achieve the purpose, create Docker image for Google Cloud Run, with these only.

Let’s get a little deep dive into these options next.

FROM tells Docker the base image, such as Alpine Linux or Node, to build with. The base images list is available from the docker hub. The summary is as follows.

WORKDIR tells Docker the working directory. Docker will execute the several processes indicated with RUN or COPY and so on in this working directory. We can proceed with docker build without WORKIDIR, however, we should utilize this option to avoid unintended operations.

Note that this working directory is not for our PC but for the Docker image going to create. Therefore we don’t care about the directory tree that existed on our PC.

COPY tells Docker to copy files or directories. This command is used for additional files other than the base image specified with FROM.

The format COPY is as follows.

In the next chapter, I would like to explain about docker run.

If you have a valid Docker Image, you can run it locally with the docker run the command. For example, if the Docker image has been created from the “Alpine Linux” base image, the image contains Nginx as well. Therefore, once you execute docker run, you can access Nginx via your browser.

docker run has several options however, I would like to mention the following only which is used for the later article.

The format regarding -p is as follows.

Once this command has been executed, you can access the Docker container with port 3000 on your browser. Of course, the container has to work with port 80 itself.

This kind of networking is a sort of complicated thing, but since the default port of Nginx is 80, so only you have to think about is the port of your PC.

These are the required knowledge regarding the essential Docker commands for the later articles. In the next article, I would like to explain how to create the Docker Image optimized for the Google Cloud Run.