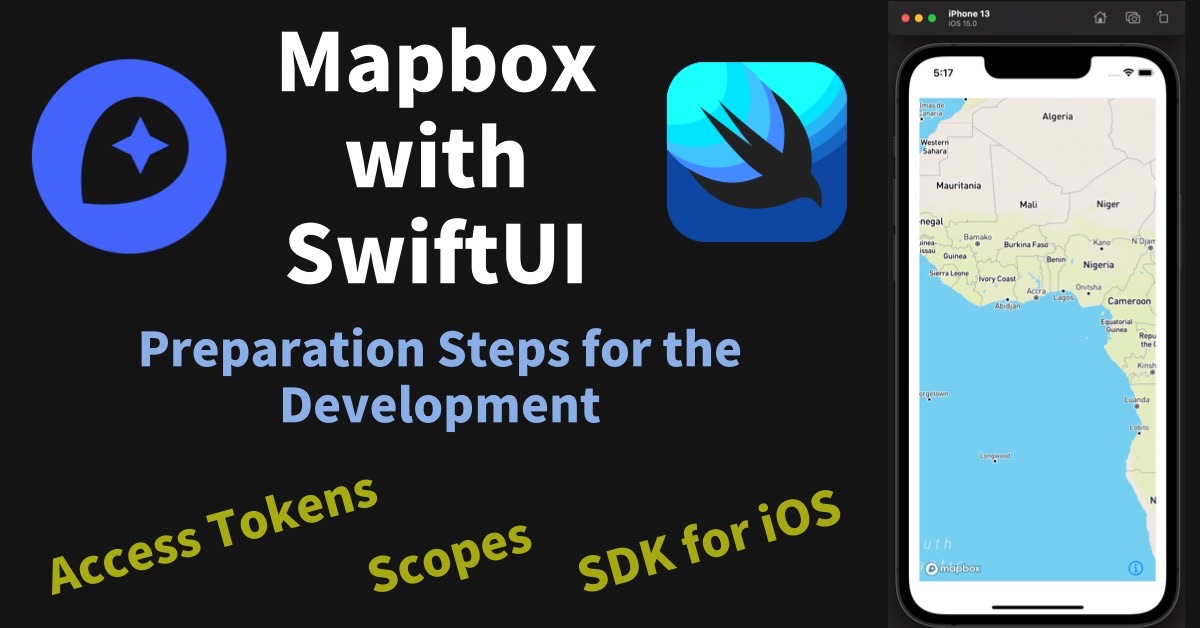 At this time, in the second half of 2021, Apple Map has still not had less functionality with SwiftUI so far. However, we can implement more map functionality with third parties such as Google Maps Platform. But Google Maps Platform has increased its cost so that someone might hesitate to use it because of its higher cost like me. So, I will introduce how to implement the Mapbox which might be a secondary choice of the major map services other than Apple Map. In this article, I would like to introduce the steps as follows to use Maps SDK for iOS which can be utilized with Xcode.  Also, mentions the Access Tokens and Scopes that you should know before using Mapbox.

Create the Xcode project of SwiftUI

First of all, you should create the Xcode project if you would like to start with the newly created one. Create with “App” in the project creation wizard as follows. I will give its name as a “mapbox-sample” for this article.

That’s all for the Xcode project. Next, you should know and create the Access Token utilized in Mapbox.

Public token and Secret token that is distinguished with its “Scopes”

The access tokens in Mapbox can be categorized in two as follows.

Before deep-diving into the details for these tokens, you need to understand the “Scopes” that define the category of the Access Token.

The “Scopes” means the set of its permissions for Mapbox API that is utilized to use Mapbox functionalities. The scopes can be categorized into two categories as follows.

I will introduce these next.

If you are going to create a simple view that will simply draw the maps, you only need the following two public scopes according to this matrix.

You can use the Default public token to create a simple map view, but I would like to create the custom token with the following two public tokens because the minimum scopes are recommended.

Give a name to the token, then check the required scopes. I would like to check two public scopes as described above.

Create a hybrid token both public scopes and secret scopes

By the way, you can create the token that includes both public scopes and secret scopes as below.

Mapbox recommends managing access tokens including the secret tokens by using a password manager for safety. Also, you can see the below messages that insist you cannot refer to the token value once you close the browser.

Next, I will introduce how to install the Maps SDK for iOS on Xcode as the final step of this article.

Install the Maps SDK for iOS (Environment configuration of Xcode)

Maps SDK for iOS is provided in the following three ways.

I will introduce the Direct Download in this article.

You can find these files and directories in the zip file downloaded once you unzip it.

Drag and drop these five directories into your Xcode project directory. Note that you have to check “Copy items if needed” when you drop directories.

After you finish copying these five directories, you need to configure your project settings. Once you select your project name from the top of the directory tree in the left pane, you can find the below screen.

Now you have finished configuring all settings which are required to create a simple map view. Let’s check if there are no errors when you build with this configuration.

I will introduce how to implement map view with SwiftUI in the next article based on these preparations.